[British novelist H.G. Wells (War of the Worlds) visited Ellis Island in 1906 and described his impressions in his book, The Future in America: A Search after Realities. Here is an excerpt.)

I visited Ellis Island yesterday. It chanced to be a good day for my purpose. For the first time in its history this filter of immigrant humanity has this week proved inadequate to the demand upon it. It was choked, and half a score of gravid liners were lying uncomfortably up the harbor, replete with twenty thousand or so of crude Americans from Ireland and Poland and Italy and Syria and Finland and Albania; men, women, children, dirt, and bags together.

Of immigration I shall have to write later; what concerns me now is chiefly the wholesale and multitudinous quality of that place and its work. I made my way with my introduction along white passages and through traps and a maze of metal lattices that did for a while succeed in catching and imprisoning me, to Commissioner Watchorn, in his quiet, green-toned office. There, for a time, I sat judicially and heard him deal methodically, swiftly, sympathetically, with case after case, a string of appeals against the sentences of deportation pronounced in the busy little courts below. First would come one dingy and strangely garbed group of wild-eyed 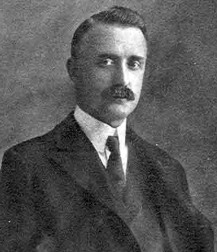 aliens,and then another: Romanian gypsies, South Italians, Ruthenians, Swedes, each under the intelligent guidance of a uniformed interpreter, and a case would be started, a report made to Washington, and they would drop out again, hopeful or sullen or fearful as the evidence might trend. . . .

Downstairs we find the courts, and these seen, we traverse long refectories, long aisles of tables, and close-packed dormitories with banks of steel mattresses, tier above tier, and galleries and passages innumerable, perplexing intricacy that slowly grows systematic with the Commissioner’s explanations.

Here is a huge, gray, untidy waiting-room, like a big railway-depot room, full of a sinister crowd of miserable people, loafing about or sitting dejectedly, whom America refuses, and here a second and a third such chamber each with its tragic and evil-looking crowd that hates us, and that even ventures to groan and hiss at us a little for our glimpse of its large dirty spectacle of hopeless failure, and here, squalid enough indeed, but still to some degree hopeful, are the appeal cases as yet undecided.

In one place, at a bank of ranges, works an army of men cooks, in another spins the big machinery of the Ellis Island laundry, washing blankets, drying blankets, day in and day out, a big clean steamy space of hurry and rotation. Then, I recall a neat apartment lined to the ceiling with little drawers, a card-index of the names and nationalities and significant circumstances of upward of a million and a half of people who have gone on and who are yet liable to recall.

The central hall is the key of this impression. All day long, through an intricate series of metal pens, the long procession files, step by step, bearing bundles and trunks and boxes, past this examiner and that, past the quick, alert medical officers, the tallymen and the clerks. At every point immigrants are being picked out and set aside for further medical examination, for further questions, for the busy little courts; but the main procession satisfies conditions, passes on. It is a daily procession that, with a yard of space to each, would stretch over three miles, that any week in the year would more than equal in numbers that daily procession of the unemployed that is becoming a regular feature of the London winter, that in a year could put a cordon round London or New York of close-marching people, could populate a new Boston, that in a century What in a century will it all amount to? …

On they go, from this pen to that, pen by pen, towards a desk at a little metal wicket the gate of America. Through this metal wicket drips the immigration stream all day long, every two or three seconds an immigrant, with a valise or a bundle, passes the little desk and goes on past the well-managed money-changing place, past the carefully organized separating ways that go to this railway or that, past the guiding, protecting officials into a new world. The great majority are young men and young women, between seventeen and thirty, good, youthful, hopeful, peasant stock. They stand in a long string, waiting to go through that wicket, with bundles, with little tin boxes, with cheap portmanteaus, with odd packages, in pairs, in families, alone, women with children, men with strings of dependents, young couples. All day that string of human beads waits there, jerks forward, waits again; all day and every day, constantly replenished, constantly dropping the end beads through the wicket, till the units mount to hundreds and the hundreds to thousands. . . .

Yes, Ellis Island is quietly immense. It gives one a visible image of one aspect at least of this world-large process of filling and growing and synthesis, which is America.

“Look there!” said the Commissioner, taking me by the arm and pointing, and I saw a monster steamship far away, and already a big bulk looming up the Narrows. “It’s the Kaiser Wilhelm der Grosse. She’s got—I forget the exact figures—but let us say 853 more for us. She’ll have to keep them until Friday at the earliest. And there’s more behind her, and more strung out all across the Atlantic.”

In one record day this month 21,000 immigrants came into the port of New York alone; in one week over 50,000. This year the total will be 1,200,000 souls, pouring in, finding work at once, and producing no fall in wages. They start digging and building and making. Just think of the dimensions of it!

[In the years before Wells arrived, many dramatic events occurred at Ellis Island. Read about them in the historical novel, Guardians of the Gate, available through Amazon or Barnes and Noble.]